THE HISTORY OF THE BEESTON PLOUGHSHARE

The history of the Ploughshare is remarkable, pulling pints since 1585 and the oldest part of the current building dating back to 1620.

When the pub closed in 2016, it was decided by the village that this incredible stretch of history should not be stopped.

In 2018 this goal was achieved when Beeston Community Enterprises raised enough funds to buy the pub back. Once again it is the community hub where stories are told, and memories made.

You can read more about the Ploughshare’s links to local history below.

James “Jem” Mace was born in Beeston on April 8th 1831, and lived next door to the Ploughshare in his early years. Despite being from a poor family in rural Norfolk, he went on to become heavyweight boxing champion of the world. All the more remarkable since Jem was actually a middleweight and only 5 foot 9 inches tall. He succeeded in out-boxing heavier opponents thanks to his dancing style, clever defensive tactics and powerful, accurate punching.

Mace is commonly regarded as one of the fathers of modern boxing, helping to shape the modern gloved sport from the bare-knuckled bouts which preceded it. Such fights are thought to have been held in what is now the Ploughshare’s car park and, since they were illegal, saw Jem have his fair share of brushes with the law!

A man of many talents, Jem was at various times a violinist, a publican, professional runner, circus proprietor and racehorse owner. He was well travelled, living in various parts of the UK and the United States. He also toured Australia and New Zealand. Jem married three times, twice bigamously, and fathered at least fourteen children by five different women.

Mace died in 1910 at the age of 79, whilst still touring the country with his exhibitions of pugilistic skill. He has a memorial at St. Marys Church in Beeston.

Our 392nd Bar is named after the American Airforce 392nd Bombardment Group who were based at RAF Wendling, on the outskirts of Beeston, during the Second World War.

Whilst the airfield was named after the nearest train station in our neighbouring village, it was Beeston public houses, including the Ploughshare, that the American airmen frequented.

The 392nd played a crucial role in the war, with its B-24 Liberator crews highly decorated and performing missions across Europe, from Norway to Southern France.

Only fragments of the airfield remain, having been closed in the 1940s, but photos of the servicemen and women still stand in the Ploughshare to this day.

Some say the pub is home to a ghost of one of the 843 airmen who gave their lives. 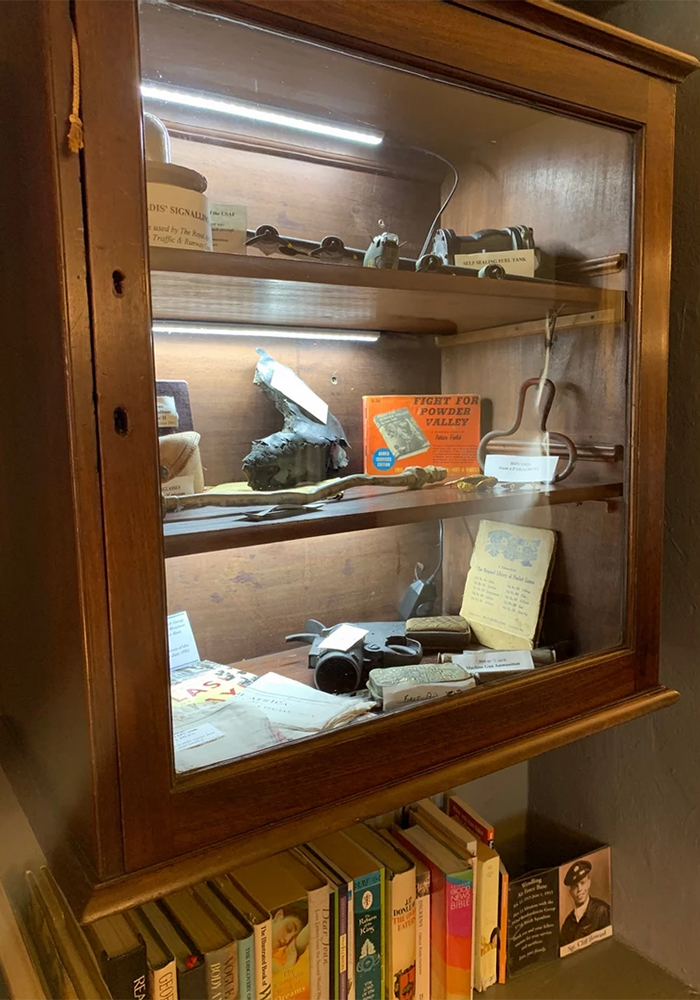 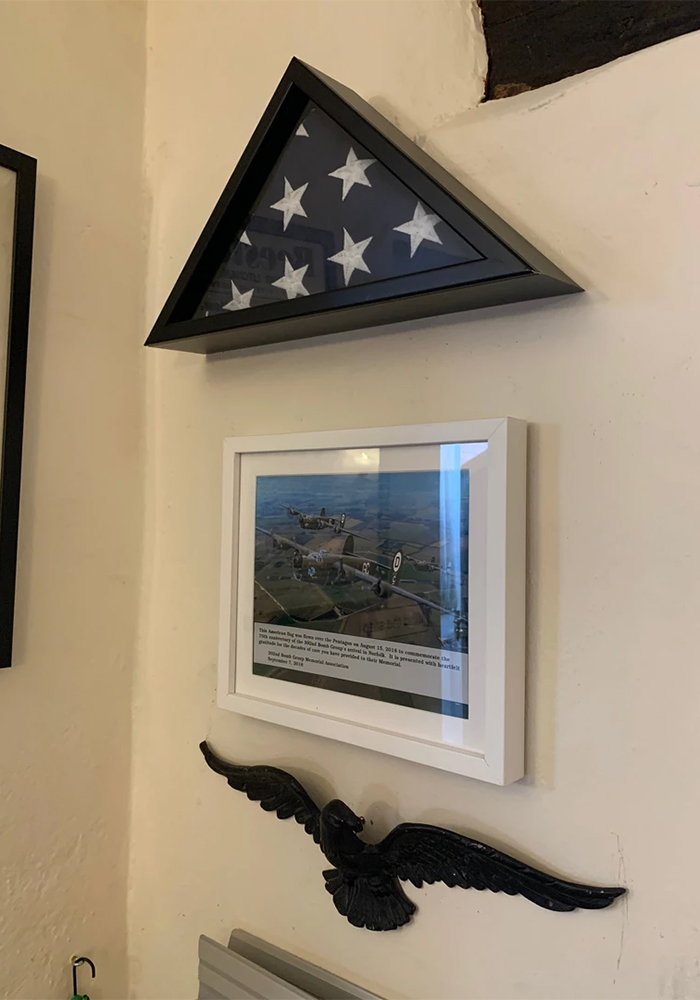 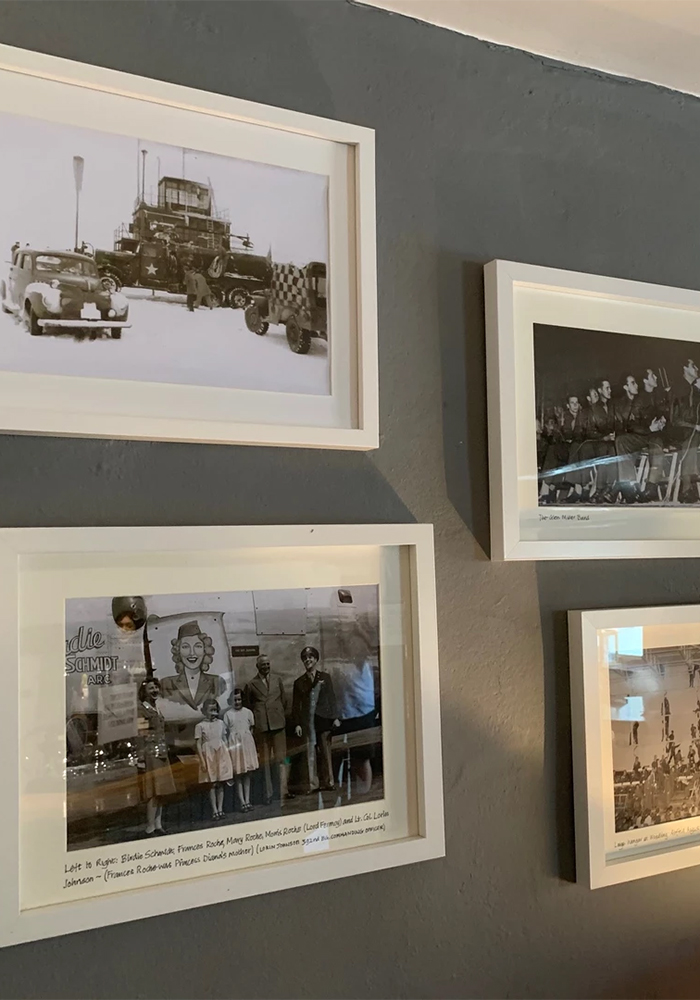 May Burrell – known by everybody as ‘Auntie May’ was a kind hearted soul who dedicated her life to Beeston and its inhabitants. She was interested in everyone, she delivered babies, looked after the sick and laid out the deceased, carefully washing and dressing them for the undertaker. She cleaned and cared for Beeston Church, bicycling up the hill on Sunday mornings to light the coal fires so it was warm for the morning service. She hosted and cared for many children during school holidays while parents worked, and they have fond memories of the weather always being sunny and warm and never a dull moment whether playing tag in the garden or cleaning the church brass and scrubbing the step!

May Burrell was born on 10th April 1902 in the village of Alby to Joseph and Sarah Burrell, one of the younger of twelve children. The family moved to Itteringham and then Erpingham before eventually settling in Beeston, the village where they had relatives (the Holman family of Racecourse Farm) and where the eldest daughter, Louisa, had married Herbert Scott in 1917.

May trained to be a nurse in London qualifying in April 1926; she then qualified as a midwife in 1927 living and working in Maplestead in Essex. In 1930 she was recommended for the post of Head Staff Nurse at Leytonstone for a salary of £60 per annum. During her career as a midwife she delivered countless babies (over 1000 and was proud to ‘have never lost a mother’).

In 1939 she started work at Saham Hall caring for mothers and babies then drove an ambulance in Holt as a civic nurse. She later moved to Stow Vicarage which became a maternity home for pregnant mothers bombed out of their homes in the London Blitz.

After the war years she returned home to Beeston to care for her parents at what is now known as May House in the Street. Her father died in 1953 and her mother in 1961, her brothers and sisters also returned home to her loving care for their final years, and many of the villagers relied on her for nursing care and midwifery.

She did not own a car, and was always seen out and about on her trusty cycle, when quite elderly she undertook the Norfolk Churches Sponsored Cycle Ride visiting all the churches she had known from her childhood days in the Aylsham area.

She died 10th August 1992 and is buried in Beeston churchyard.

DO YOU HAVE MORE INFORMATION?

Please get in contact if you have any more information about the history of the Ploughshare.

The Beeston Ploughshare can be found at: 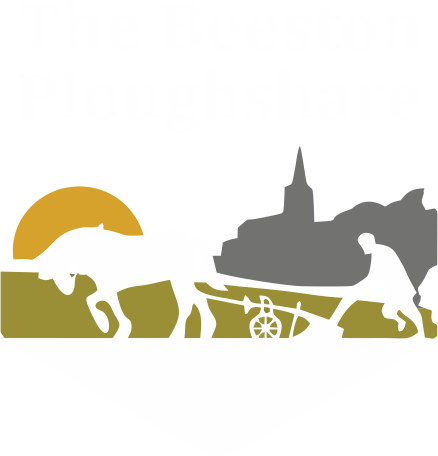